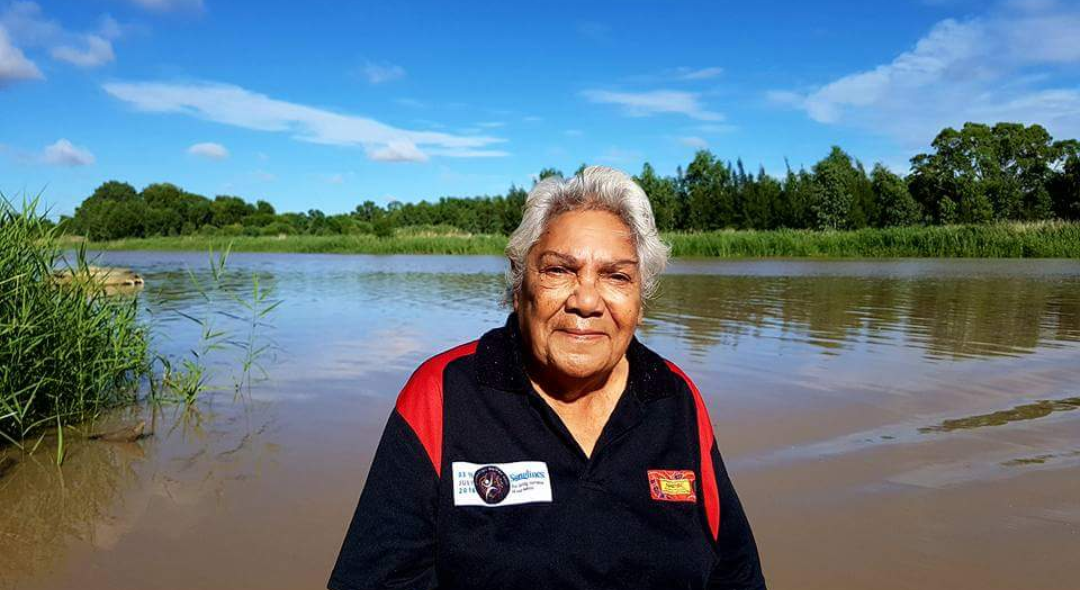 Mother, mentor and change-maker, Aunty Lynette Nixon is the recipient of the 2018 Female Elder of the Year for her tireless work in multiple organisations.

Aunty Lynette Nixon, a Gunggari woman from south-west Queensland, is the 2018 NAIDOC Female Elder of the Year.

The respected Elder has been recognised for her incredible contribution and service to the Indigenous community of south-west Queensland, and her outstanding contributions in bringing change to, and benefiting, the lives of others.

Nixon is a passionate advocate of Indigenous rights whose tireless work in multiple organisations sees her sitting on a number of committees in a various areas including education, language, reconciliation, health, housing and legal services.

She is a mother of seven and a founder of 15 organisations, and is an inspiration and role model for all saids Alice Beiby from Gunggari Native Title Aboriginal Corporation who nominated Nixon for her outstanding service and dedication to improving Indigenous communities.

“Her list of achievements speaks for themselves, she has clearly demonstrated her involvement in the Indigenous community at Local, Regional, State and National levels.”

In 1979, Nixon was an important figure, establishing the Aboriginal Housing Company where she served as a President, Vice President and committee member over many years, working to improve housing services for Aboriginal and Torres Strait people.

Nixon was also one of the key leaders who fought extensively alongside the Nalingu Aboriginal Corporation in returning Yomba to the Traditional Owners as well as the preservation and return of the original school and the Yumba Interpretive Trail.

She is passionate about the revival of traditional language. Nixon has worked as a Language Worker for the Kombumerri Aboriginal Corporation. In this role she developed Aboriginal Studies and introduced a language program into primary schools. During the 90s, she taught the local Gunggari language to school students, and Mitchell State School in Queensland still continues these classes.

Nixon is also the author of six Gunggari language children’s storybooks that not only teach language, but emphasises the importance of Country, animals and totems.

Working as a health advocate and co-researcher for the University of Queensland, Nixon helped to establish community-controlled health services for the community of South West Queensland, including being Chair of the Goolburri Mobile Dental Service Committee, now known as the Goolburri Aboriginal Health Advancement.

As a woman committed to improving Indigenous health, in 1991, she travelled across Australia to educate doctors and nurses on Aboriginal health and cultural competency. For more than 15 years she produced three editions of the text Binang Goonj – Bridging Cultures in Aboriginal Health. This publication today still continues to have a enormous impact on health professionals and the Indigenous health community.

In 2007, Nixon co-researched Cultural Homelessness among Aboriginal Youth in South West Queensland and also contributed enormously to the Indigenous Women’s Group and in 2008 was awarded the Queensland Domestic and Family Violence Award “Myalla Booboghun” Big Talking Women for her service and contribution.

Despite being retired, Nixon still works hard, volunteering through Nalingu Aboriginal Corporation were she supports tours, language, cultural education. She also does work helping members of the Stolen Generations.

Nixon also works as the Director of the Gunggari Native Title Aboriginal Corporation, as well as being the founding member and Gunggari Representative on the Northern Basin Aboriginal Nations (NBAN) Committee.