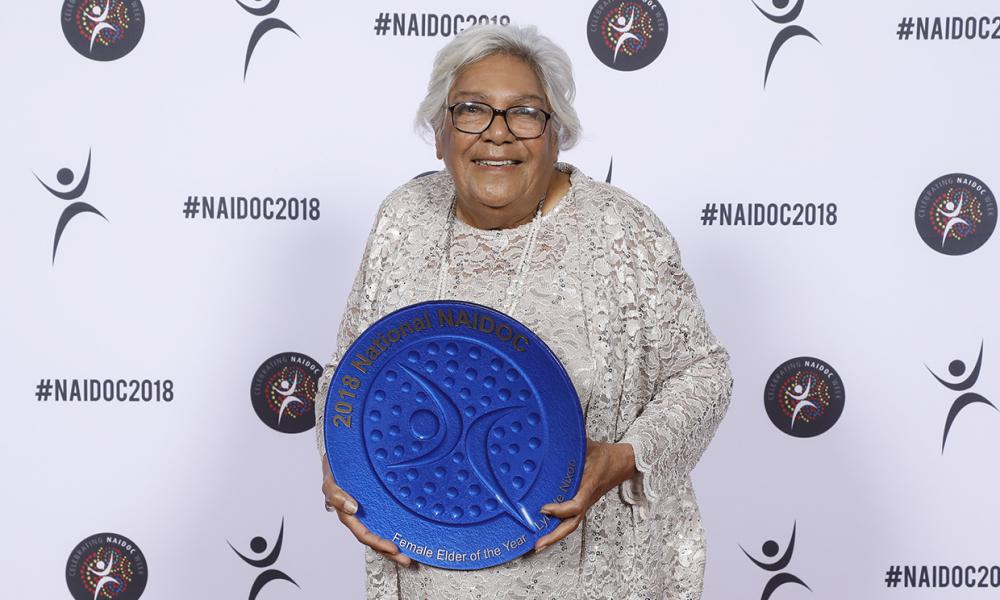 She is a change maker and cultural keeper, always opening her home and heart to her extended family, and becoming a mother and mentor to so many.

Aunty Lynette’s exceptional work in and for her community began when the Mitchell Aboriginal Community received financial support to establish their own Kindergarten in 1975 – she became its president, and served on the committee for many years.

An advocate for the Gunggari people, she is the founding member of many of the local organisations in South West Queensland. She is a community worker, and has worked tirelessly to advocate and lobby for the rights and betterment of the lives of Aboriginal and Torres Strait Islander people for over fifty-three years.

Aunty Lynette is the Cultural Keeper of Knowledge for Gunggari people. She is a story teller, sharing the importance of land, language, identity and cultural practices.

It is because of her, so many can.